Showing posts from August, 2017
Show all

A Guide To A Healthy Liver

The liver is a vital organ of our body. The liver detoxifies our body by filtering blood and removes toxins, ammonia, bilirubin ( a byproduct of old dead blood cells) from the blood. Liver balances our hormones and gets rid of extra hormones. The liver helps in digestion of food and is responsible for the metabolic processes in our body.

SYMPTOMS: If your liver is working slow or facing problems, you will start seeing visible differences in your body. When the liver is overworking which means you are putting something wrong in your body, the liver will tell you to stop it. If you are in tune with your body, you can easily know that something is wrong but if it's hard for you to know then here is the list of some common symptoms that your body is going to show you if your liver is in the struggle.

1. Abdominal Pain
2. Weak Digestion
3. Bitter Taste In Mouth (because of excessive ammonia in your body)
4. Yellowish Skin Or Eyes  (because of liver failing in get rid of extra bilirubin)
5. …
4 comments
Read more

How To Take Care Of Our Precious Eyes

So now in this article, I will share some foods & supplements that can help us with better vision and eye care.

But first, let's discuss some
Healthy Habits Needs To Be Followed In Order To keep Our Eyes Healthy:

1. Regular Eye Exam Once A Year
2. Eye Exam Every 6 Months If You Wear Glasses
3. Wear Shades With UV Protection When Going Out in the Sun
4. Splash Water In Eyes Whenever Comes In Contact With Dust
5. Rinse Eyes Nicely Before Going To Bed
6. Never touch Your Eyes With Dirty Hands
7. Never Rub Your Eyes Harshly In Case Of Itching
8. Alway…
Post a Comment
Read more

Mysterious Gold And Its Health Benefits 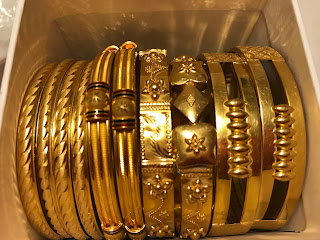 ANCIENT WORLD
Gold has been known as the metal of Gods from ancient times. If you look at the ancient culture, gold was always popular in jewelry and art. Gold does not corrode, does not react and because of it's bright yellowish color and beauty it became the symbol of immortality, prosperity, and status. They even used to bury gold items with the deceased person as a symbol of person's status. Gold was used in crowns, temples, and tombs. Gold with its malleability also has been used in dental work. The gold threads have been used for fabric embroidery also.

Ancient Egyptian considered gold very divine and indestructible metal and considered it as the flesh of Gods. Egyptian related gold to Sun God "Ra". A Huge amount of gold was also found in the tombs of pharaohs. Gold has also been used and considered important metal by ancient Greece and the Roman Empire, Indian civilization, ancient China and Persia. 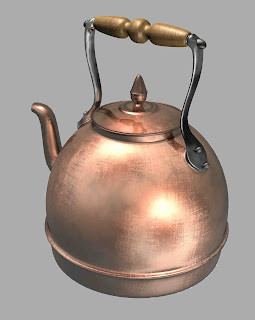 I have been anemic for many years because of heavy periods and someone told me a year ago, to start anemia. It also has helped me with good digestion and bloating. Copper helps in breaking down of fat better and helps you to eliminate better and thus helps in losing weight also.
drinking water from copper jug/tumbler and also to wear a copper bangle. So, I bought a jug & bracelet and started using it. I am definitely seeing some good results. Copper helps with red blood cells formation and also helps in better absorption of iron in the body so it helps with

My mother sometimes starts having the problem with her skin peeling off from around the fingernails which is really hurtful. So whenever she gets it, she starts wearing a copper ring and it stops her skin from peeling and she swears by it.

So, as I was seeing very promising results, I thought why don't I research on it more and share it on my blog. Apart from the above mention issues, Copper helps in keeping the heart hea…
1 comment
Read more